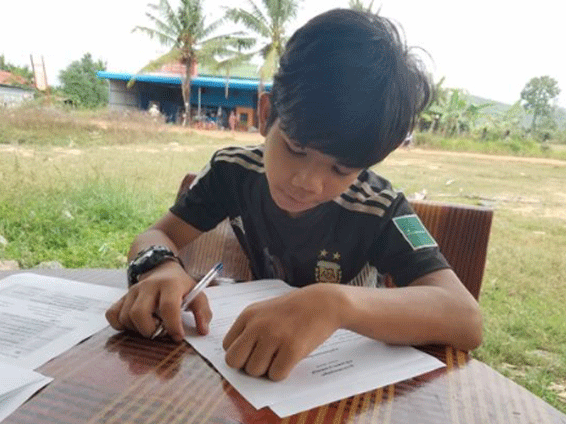 Panha is a 12 year old boy, living in Veal Krang Village in Kampot Province. Panha lives with his father, mother, older sister and younger brother. He also has a 26 year old brother who dropped out of school, in order to work to provide for their sick mother, who is too sick to work. Although his father also works, a lot of money is spent on medicine, and a lot of time is also required to support her.

Although Panha is trying to study hard, but he also has to take care of his mother and work in the home. Despite this he always gets outstanding results and he is well liked at school.
In 2017, COCD started Children’s Club program in Panha’s village. He joined the club, and was selected as the club’s representative. Through the Children’s Club program, he learned about child rights, and taught this to the other club members and other students at his school. He also participated in other activities such as the NGO Network, in which COCD sends all of the Children’s Club representatives to join a national workshop.
Now, his dream is to become a teacher, and his father is very supportive of him in working towards his dream. He often shares the knowledge he gained as representative of the club with his peers. He said, “I love and have an interest in helping other children in the community, and I want to be involved in community affairs, which I can learn from social work and to gain experience.”
The Village Chief expressed his supports for the Children’s Club program operating in his village, and was supportive of the children bringing their issues to a national workshop. He would like to see the program to scale up to other communities. 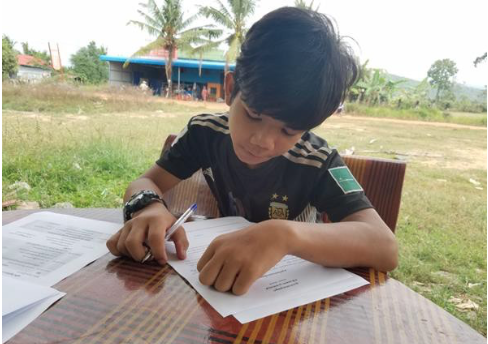 Panha expressed his thanks to COCD for creating the club and allowing him to become a member. He said that it has improved his confidence in speaking to other people, including his peers and others.